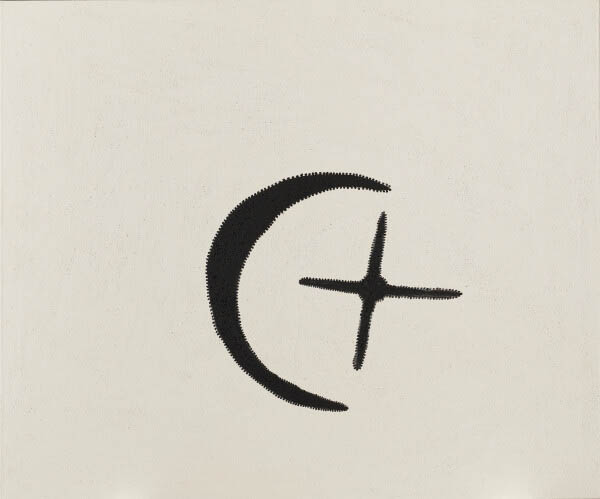 In the Ngarrangkarni (Dreaming), Garnkeny, the moon, was a man. One day Garnkeny came back from hunting kangaroo and saw a beautiful girl with long black hair sitting with her mother. He fell in love with her instantly. This girl was Daawul, the black-headed snake.

However, she was Garnkeny's classificatory mother-in-law and so it was taboo for him to marry her. The old people asked him, 'Who do you want for your wife?' Garnkeny told them 'that one, that one' pointing to Daawul, but they said, 'No, she's your mother-in-law, you must marry one of these promised girls, these Nyawana Daawul's daughters.'

Garnkeny strode off angrily and walked some distance before he sat down and turned into a hill.

He cursed the people, telling them that they were going to die, but that he would always live. As the moon, he comes back to life every month and the wardal (stars) are Daawul's daughters of Nyawana skin.