You are using an outdated browser. Please upgrade your browser to improve your experience and security.

A focus on Lisa Reihana

Lisa Reihana is a multi-disciplinary artist whose practice spans film, sculpture, costume and body adornment, text and photography. Since the 1990s she has significantly influenced the development of contemporary art in Aotearoa New Zealand. She has earned an outstanding reputation as an artist, producer and cultural interlocutor with her attention to the complexities of contemporary photographic and cinema languages expressed in myriad ways. Her ability to harness and manipulate seductively high production values are often expressed through portraiture where she explores how identity and history are represented, and the intersection of these ideas with concepts of place and community. 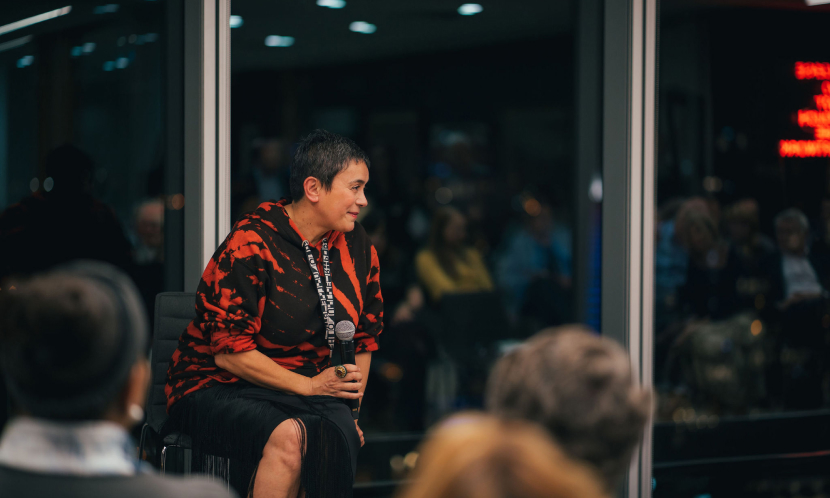 Reihana represented New Zealand at the Venice Biennale in 2017 with the large-scale video installation in Pursuit of Venus [infected] (2015-17). The work premiered at the Auckland Art Gallery in May 2015 and has since become a seminal work in Aotearoa New Zealand’s art history canon in Pursuit of Venus [infected] has since been shown around the world and garnered widespread critical acclaim. Most recently it was exhibited in Oceania at the Royal Academy London in 2018.

In 2014 Reihana was awarded an Arts Laureate Award by the Arts Foundation of New Zealand, the Te Tohu Toi Ke Te Waka Toi Maori Arts Innovation Award from Creative New Zealand in 2015, and in 2018 she was made a Member of the New Zealand Order of Merit.

We welcomed Lisa Reihana to Perth to talk at Wesfarmers in 2020 about her art and life in the context of works held in the Wesfarmers Collection and Curtin University Art Collection.

More from the Journal